On June 20, 2011, the U.S. Supreme Court held that the Clean Air Act displaces any federal common-law causes of action that would be intended to abate emissions of carbon dioxide from fossil-fuel fired power plants. In this case, American Elec. Power Co. v. Connecticut, the Court overturned a Second Circuit decision. Citing Mobil Oil Corp v. Higginbotham, the Court explained that the test for determining whether legislation displaces federal common law is simply whether a statute “speak[s] directly to [the] question” at hand. Massachusetts v. EPA confirmed that carbon dioxide is an air pollutant, as defined under the Clean Air Act. The statute therefore authorizes the EPA Administrator to set emissions standards for power plants and allows states and private parties to petition the EPA to set emission standards. The EPA is currently in the process of such a rulemaking and plaintiffs in this case can seek judicial review if they disagree with the result of that process. However, the Court left for consideration on remand whether state nuisance law claims would remain available because the Second Circuit had not reached those claims by plaintiffs.

Some years ago in an article in the Harvard Environmental Law Review, Shell Bleiweiss addressed this issue comprehensively. Environmental Regulation and the Federal Common Law of Nuisance: A Proposed Standard of Preemption, 7 Harv. Envtl. L. Rev. 41 (1983). 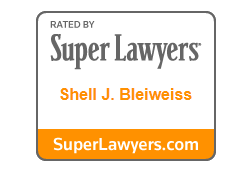 © 2022 The Law Offices of Shell J. Bleiweiss. All rights reserved.